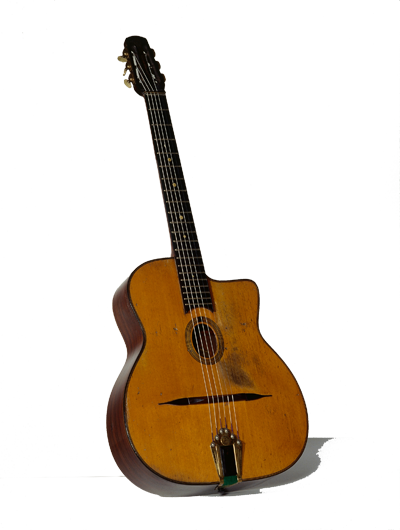 About:
Am Ketenes Swing plays Jazz Manouche, also known as Gypsy Jazz or Gypsy Swing, and are first and foremost inspired by this musical style’s creator and master, Django Reinhardt.

AMKS also integrates other rhythms in its musical repertoire, such as Gypsy bossa, waltzes, Eastern European Gypsy - Romani - music and traditional songs. Through their music and songs in Romanès (the Sinti’s or Manouches’ language), they wish to pay tribute to the musicians who have had a significant influence on the direction their path has taken, from Schmitto Kling to Dorado Schmitt.

Am Ketenes means “we are together” in Romanès. Being together is very much what this band is about: they are Travelers from the center of France and sedentary musicians who have come together to share their passion for Jazz Manouche. They play their music on many Paris famous stages, but also at Django fest all over the world( New York, Stockholm, italia, Montreal.... )

Despite being faced with injustices such as distrust, contempt and rejection on a daily basis, travelers (Sinti, Roma) show, by their rhythms and songs, that music is stronger than any human barrier…